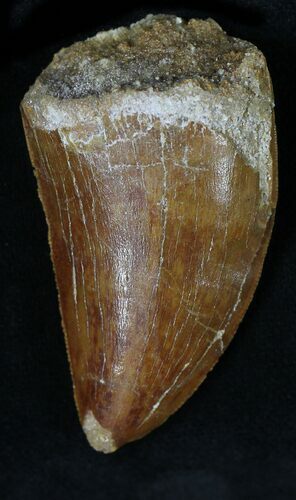 This nice 1.93" long, tooth of the gigantic predatory dinosaur Carcharodontosaurus saharicus. This massive theropod often gets compared to T-Rex but is actually thought be larger and is much older.

The enamel is in generally good shape with just one missing patch, the serrations a present and there is only minor feeding wear to the tip. No restoration or repair. 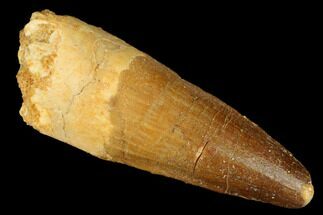 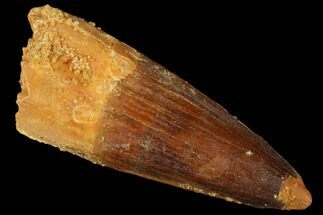