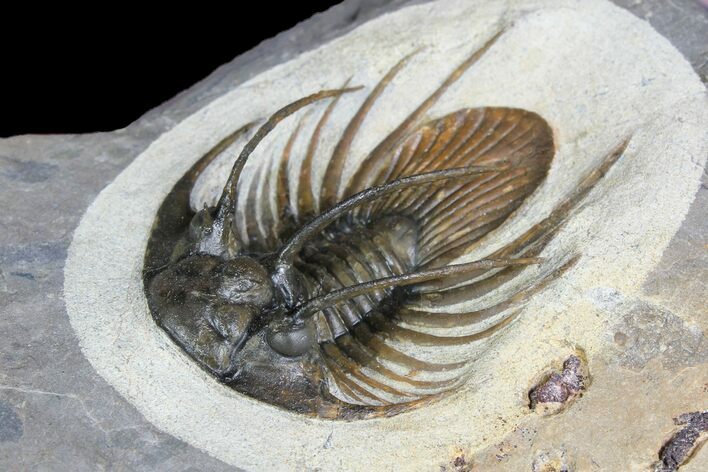 This is a beautiful, example of a rare, spiny trilobite from Morocco, Kolihapeltis chlupaci hollardi. It's 1.95" long and laid out perfectly prone with it's long, sweeping spines prepared free of the surrounding limestone. The right spine was reattached and maybe a composite from another specimen.