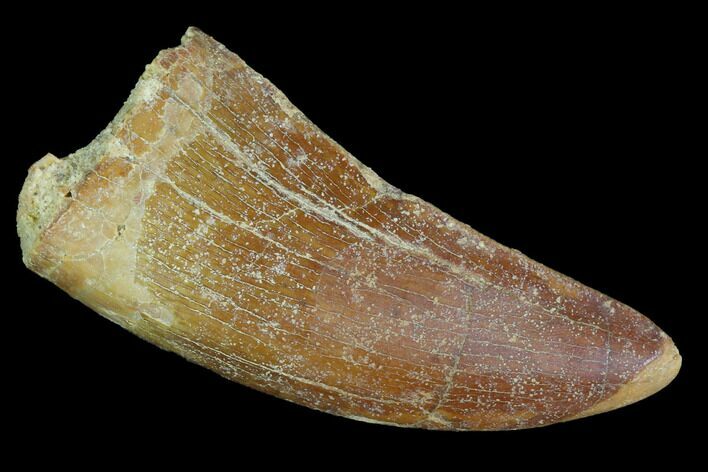 There is substantial wear to the serrations and feeding wear to the tip of the tooth, hence the bargain price.