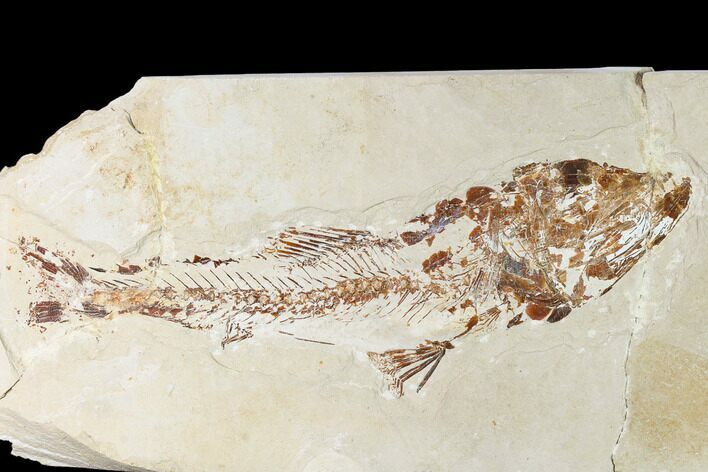 This is a beautifully preserved specimen of an Enchodus fish from the Upper Cretaceous marine deposits near Hakel, Lebanon. Enchodus was a large predatory fish and is one of the rarer components of the fossil fauna collected at this site. It's beautifully preserved and nicely laid out on a thick slab of limestone.

There is a repaired crack through the head of this fish, along with a crack through tail. Both cracks required repair and gap fill restoration where the limestone fragmented during collection. Comes with an acrylic/metal display stand.