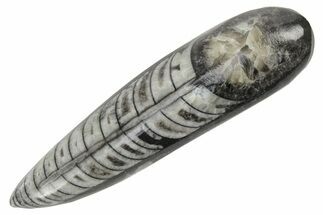 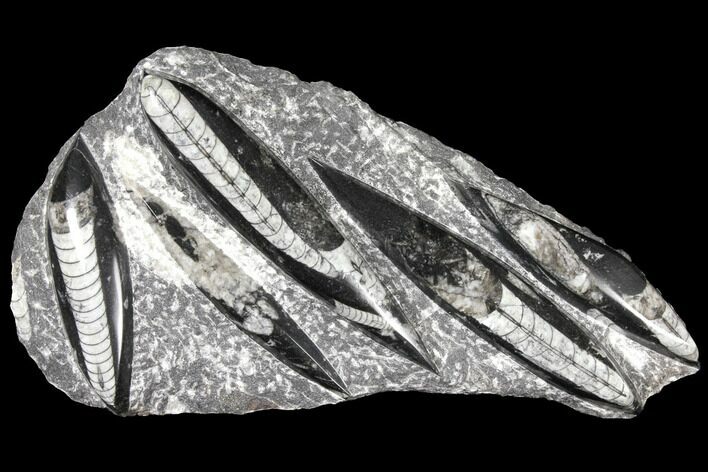 This plate has multiple Orthoceras fossils which have been polished to reveal the inner segmented chambers. The plate is approximately 11.8 x 6.2 inches and up to 1.6 inches thick. Comes with a Gibson display stand. 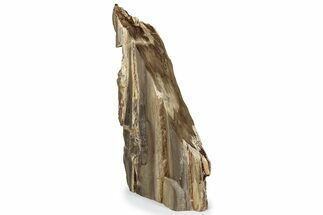 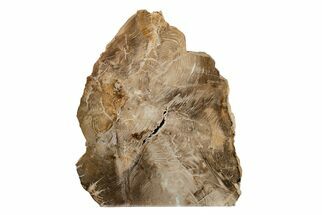 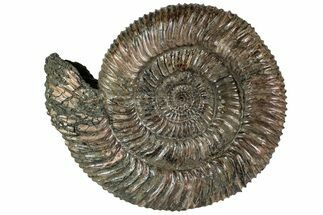