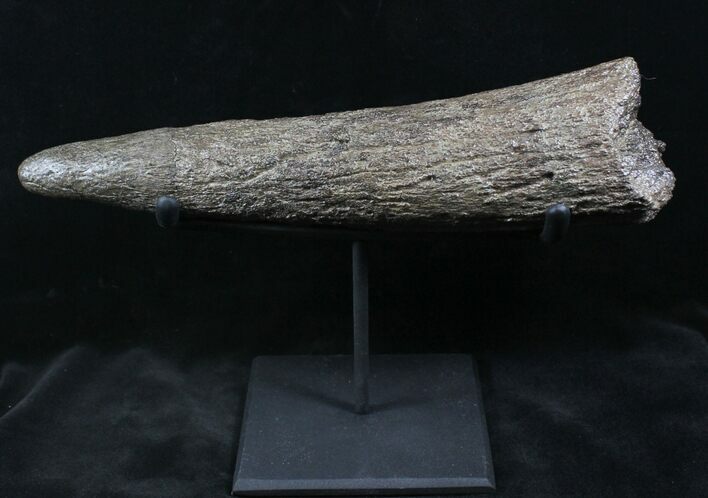 This is an 11" long horn of a juvenile Triceratops collected from the Hell Creek Formation of Montana. The last 2 inches of the tip were professionally restored and it's been mounted on a custom display stand. Unlike many fossils from the Hell Creek Formation, the horn has not been flattened or distorted by geological processes. The level of preservation is excellent as this was a "below ground" find, not collected from the surface where it may have been weathered.