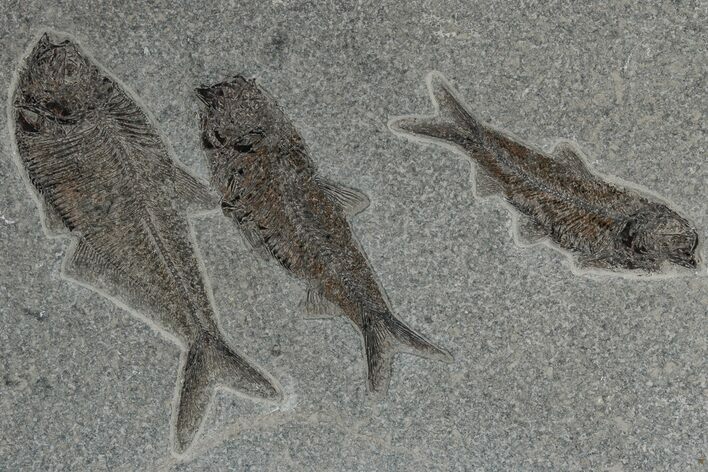 This is a 12.5" wide fossil fish plate from the Green River Formation of Wyoming. It was collected from the grey "cap" layer at the Lindgren Quarry near Kemmerer. The shale contains a Diplomystus dentatus and two knightia eocaena fish that are all naturally associated with each other and bear dark black and red-brown preservation. The Diplomystus is 6" long and the two Knightia measure 5" and 4.5" long.

A view of one of the commercial quarries where fossils from the Green River Formation are collected.
SOLD
DETAILS
SPECIES
Diplomystus dentatus & Knightia eocaena
AGE
Eocene (~48 million years)