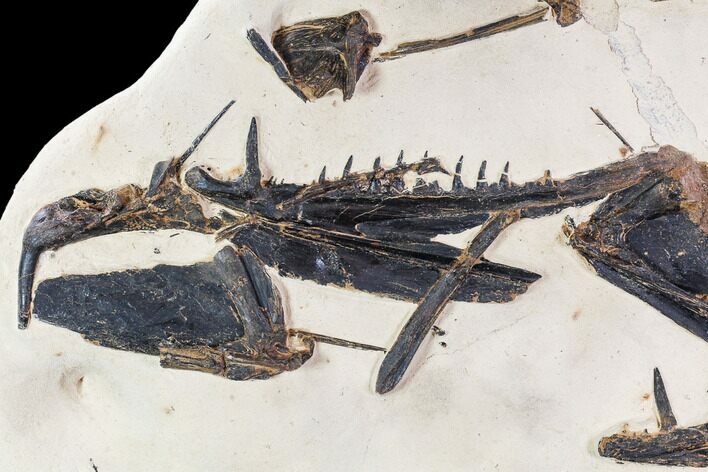 This is an amazing 14.2" plate containing jaws from the extinct fish Enchodus from Morocco. This plate contains bones from at least three individuals as is indicated by the presence of three quadrate (part of the jaw structure) bones of different sizes. In addition to quadrate bones there are two dentaries (lower jaw) with teeth including the incisors (fang), and one maxilla (upper jaw) also with teeth including the incisor. This plate also contains several ribs, a fish vertebra and several unidentifiable bones of fish. There is one unidentified non-fish bone in this assembly. The back of the specimen has a number of bones partially visible including vertebrae.

All bones are in excellent condition and clearly show anatomical features. They are in a soft, chalk-like rock and there are multiple repaired cracks in the piece. There is restoration/gap filling to a few of the bones along one of the points of repair. 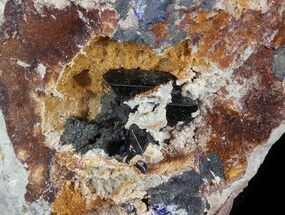