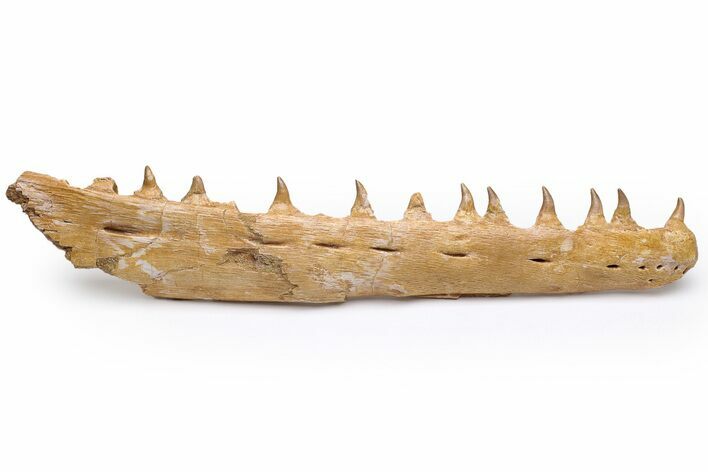 This is a 14.8" long jaw section with eleven teeth from the Mosasaur (Halisaurus arambourgi) of the Upper Cretaceous phosphate deposits in the Oulad Abdoun Basin of Morocco.

Although Mosasaurs diversified and proliferated at a spectacular rate, their specialization is considered the source of their demise when marine systems collapsed at the end of the Cretaceous.
More About Mosasaurus & Mosasaurs
View Jurassic World Fossils
FOR SALE
$1,295
DETAILS
SPECIES
Halisaurus arambourgi
AGE
Late Cretaceous (~70 Million Years) 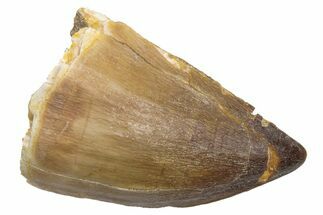 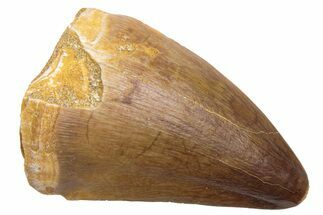 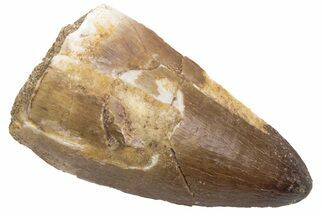 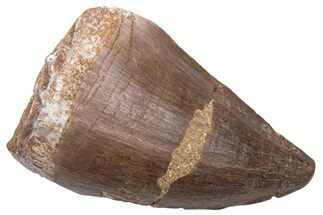 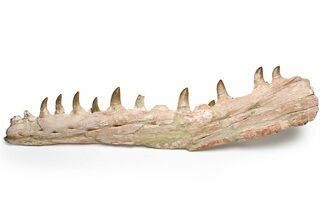 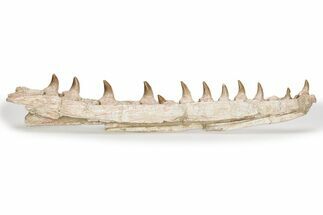