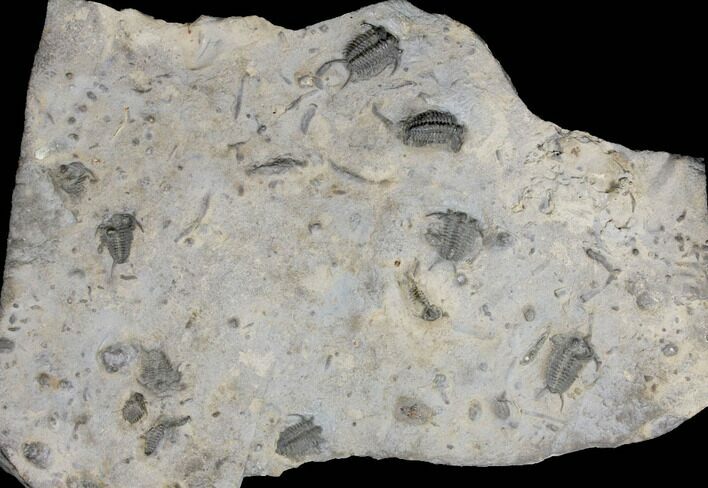 This is a 15" wide plate containing six mostly complete Ceraurus pleurexanthemus trilobites as well as several partial Ceraurus, crinoid stems and bryozoan pieces . It was collected from the famous Walcott-Rust Quarry in New York. The largest trilobite measures 1.5" long which is quite large for the quarry. The Ceraurus layer at the quarry has been completely unproductive for several years now, so it's unlikely the quarry will produce anymore of these big multiple plates in the future.