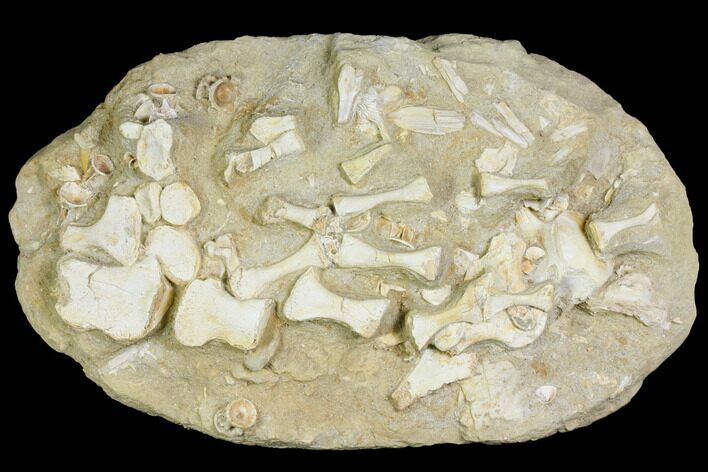 This is a slightly disarticulated but mostly complete fossil Mosasaur paddle from the phosphate deposits in the Oulad Abdoun Basin of Morocco. The entire piece measures 16 x 9.2" and in addition to the paddle contains numerous fossil fish parts, fossil shark teeth and a mosasaur vertebra. It was nicely prepared here in the US to bring all of the fossils out in high relief. There is no repair or restoration on the piece.

The preparitor thinks the paddle belongs to Clidastes due to the presence of an extra bone not present in other genus of mosasaurs. But, there are so many genera of Mosasaurs present in these deposits, I would be hesitant to put a species label on it.

Although Mosasaurs diversified and proliferated at a spectacular rate, their specialization is considered the source of their demise when marine systems collapsed at the end of the Cretaceous.
SOLD
DETAILS
SPECIES
Unidentified
AGE
Late Cretaceous (~70 Million Years) 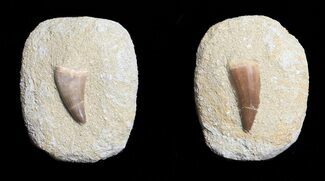