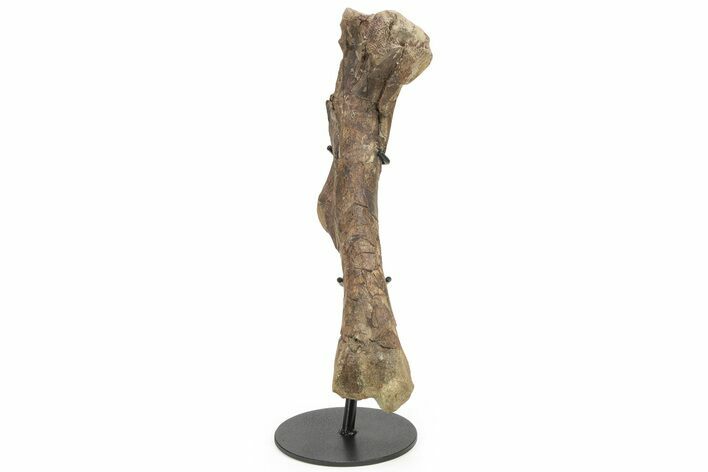 This is a 17.1" long hadrosaur (Brachylophosaurus or Probrachylophosaurus) humerus bone from the Judith River Formation of Montana. A unique feature of this bone is the bite marks that can be found along the distal half of the bone. The marks can be identified by looking for straight line impressions, some of which show serration marks. Because the two hadrosaur genera Brachylophosaurus and Probrachylophosaurus share such similar post-cranial anatomies, it is extremely difficult to identify which genus this particular specimen belongs to. It would have come from the left arm of the hadrosaur.

The bone was found fractured and crushed within the ground, requiring extensive gap fill restoration in areas and crack repair. Restoration can be found at the proximal epiphysis through the articular head, and the distal epiphysis has undergone some significant weathering. There is restoration along much of the deltopectoral crest.