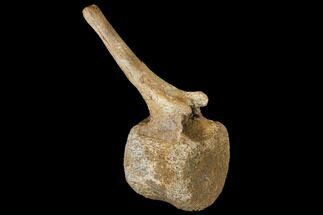 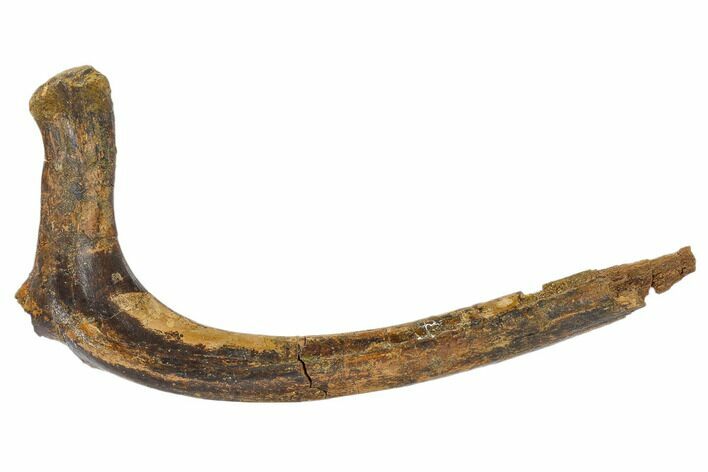 This is a 14" across Hadrosaur (Edmontosaurus) rib section from the Hell Creek Formation, Harding County, South Dakota. It is the proximal end of a right rib. There are a number of repaired cracks on this specimen. 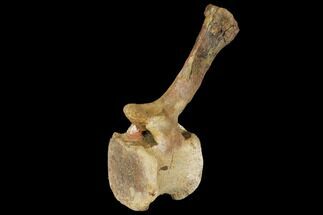 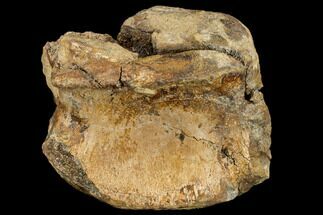 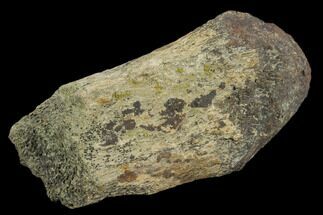