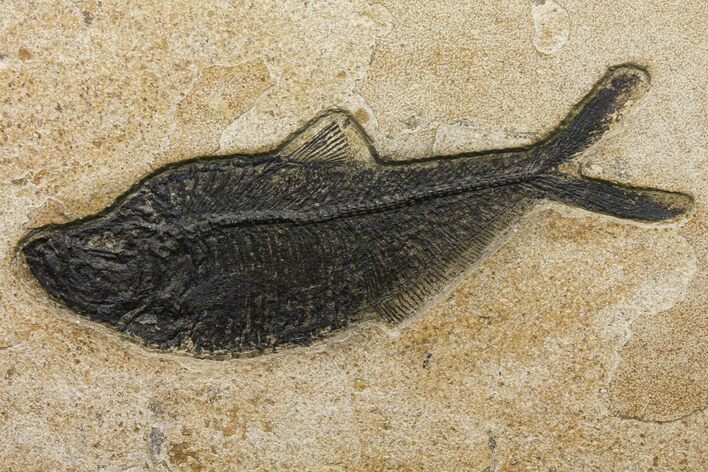 This is a large, 18.7" long fossil fish (Diplomystus) from the famous 18 Inch Layer of the Green River Formation near Kemmerer, Wyoming. This specimen shows excellent preservation of bones and fin rays.

The shale has been backed with a sturdy wood board and ring hangers have been installed for hanging presentation.