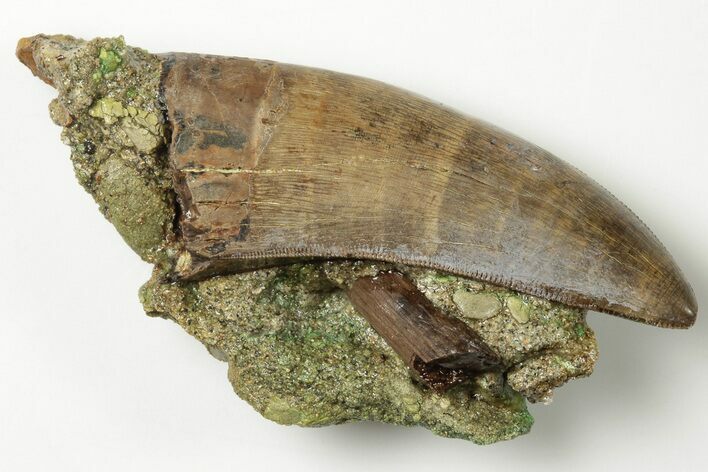 This is a beautiful, 2.1" long, serrated Tyrannosaur tooth collected this summer from the Judith River Formation of Montana. This formation is approximately 70 million years old, or about 5 million years older than the Hell Creek Formation which produces T-Rex. The rock that the tooth is still attached to also contains what is likely the root of a fossil crocodilian tooth.

The tooth has excellent enamel, fine serrations on both edges of the blade and very minor tip wear. There is absolutely no repair or restoration to the tooth, though there is glue stabilization of the rock around the tooth.