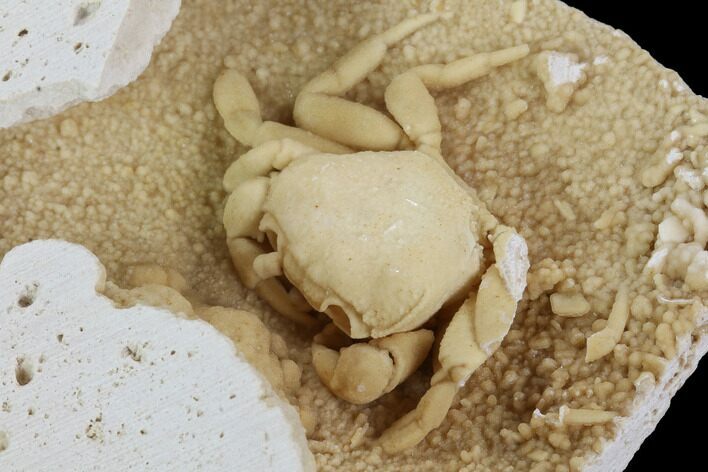 This is a spectacular fossil, freshwater crab (Potamon sp) preserved in travertine from the Denizli Basin in Southwest Turkey. The crab itself is 2.2" wide and exhibits amazingly detailed, 3d preservation. It's totally coated and preserved as a three-dimensional outer cast within a natural cavity of a white travertine matrix. It is covered by an inorganic film of calcium carbonate.

Travertine is a type of limestone that forms around mineral springs. It is often quarried for use as a building material, and that is how these crabs were discovered, during the cutting of the stone slabs. The travertine deposits in the Denizli Basin are Pleistocene in age, having been formed within the past 400,000 years.