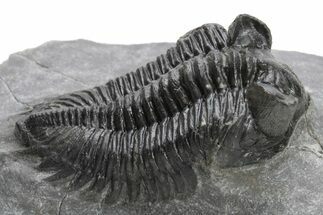 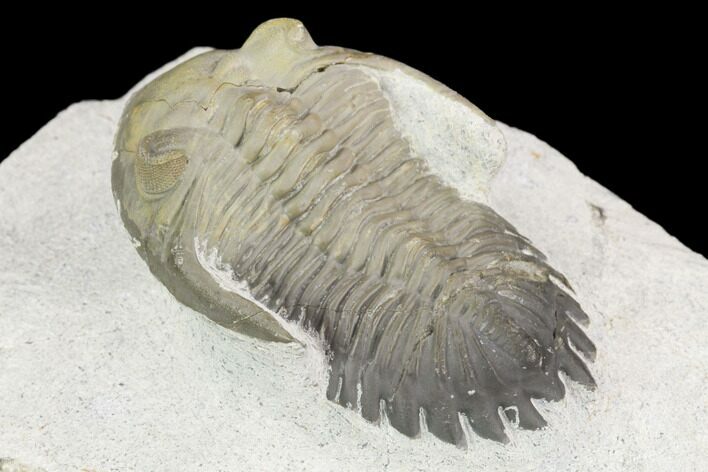 This is a detailed, 2.3" long Hollardops mesocristata trilobite fossil quarried near Ofaten, Morocco. Nice eye facet preservation it both eyes with good preparation. The multi-toned shell coloration is natural and something often seen on trilobite fossils from this location. It's due to part of the trilobite being closer to a fault in the rock. Groundwater or hydrothermal fluids running through this fault leached minerals from the shell changing it's color. There is a little bit of missing shell along repaired cracks.