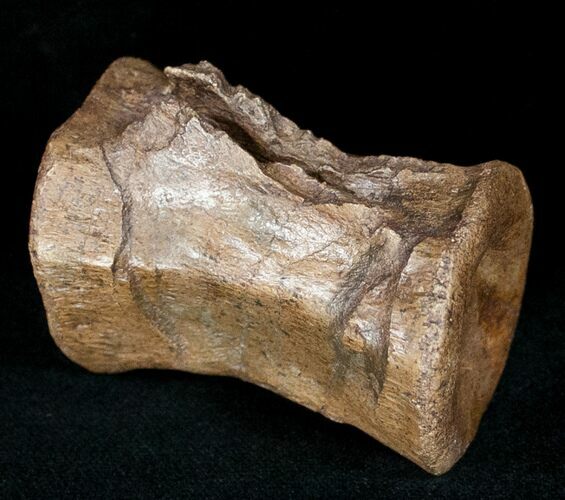 This is a well preserved, caudal (tail) vertebrae from either the dinosaur Thescelosaurus or Pachycephalosaurus. Isolated verts from these two Ornithischian dinosaurs would be basically indistinguishable. It comes from the Hell Creek Formation in Powder River County, Montana. There is some repair and minor gap filling of the repaired cracks.

Pachycephalosaurus was a bipedal dinosaur that lived during the Late Cretaceous period and probably was about 15 feet in length. It had a distinctive, large, bony, dome on top of it's skull up to 10 inches thick to cushion it's brain from impacts.
View Jurassic World Fossils
SOLD
DETAILS
SPECIES
Thescelosaurus or Pachycephalosaurus
AGE
Late Cretaceous (~66 Million Years)