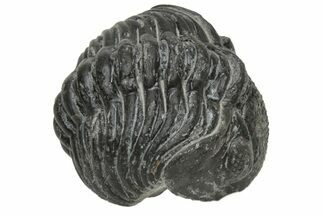 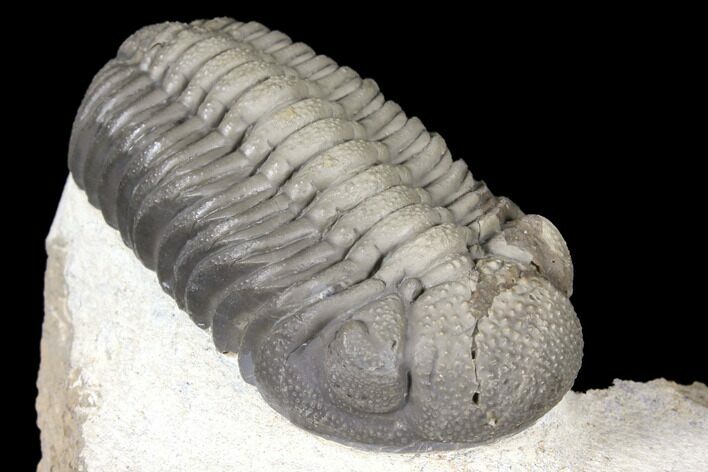 This is a 2.35" long Morocops trilobite from Ofaten, Morocco. It's laid out prone with good preparation and eye facet preservation. The multi-toned shell coloration is natural and adds to the personality of this speicmen. There is about 3% shell restoration along repaired cracks through the left side of the head and upper thorax. 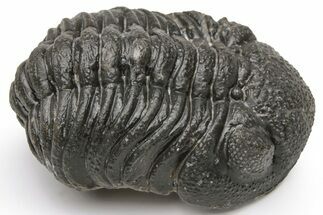