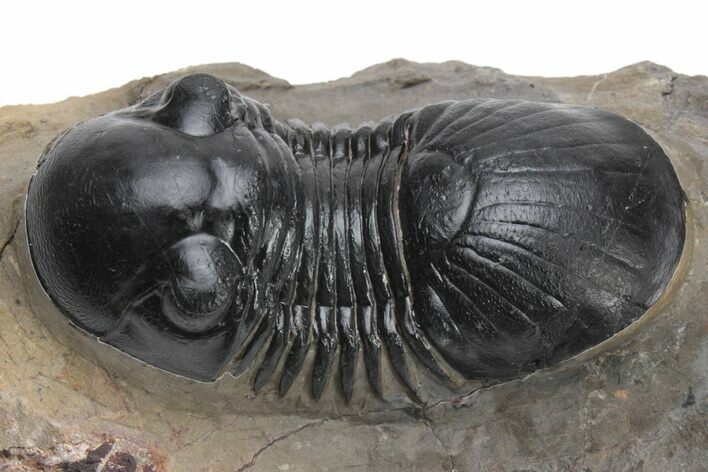 This is a beautiful 2.4" long Paralejurus trilobite quarried at Atchana, Morocco. The shell is dark brown coloration and excellent shell preservation. The terrace lines as well as tiny eye facets are well preserved. About 1% shell restoration on the edge of the tail.