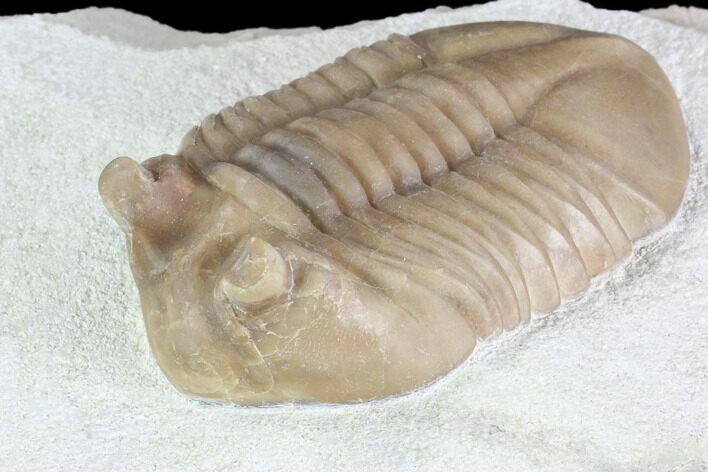 This is a beautiful, 2.45" long, inflated Asaphus cornutus quarried in the St. Petersburg region or Russia. It looks like it's ready to crawl right off the rock.

Like nearly all of the Russian asaphid trilobites there is some restoration on this specimen. It has been remounted on the limestone and there is about 5-6% shell restoration, the largest area being on the center of the head and the rest being along repaired cracks. A really nice looking trilobite.