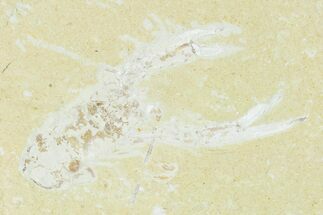 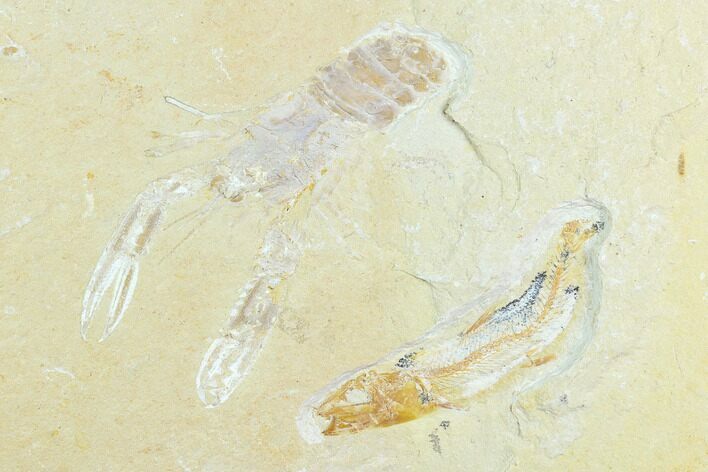 This is a 2.5" long fossil lobster (Pseudostacus hakeliensis) from the Upper Cretaceous marine deposits near Hjoula in Byblos, Lebanon. In addition to the lobster, this shale contains an unidentified fish.