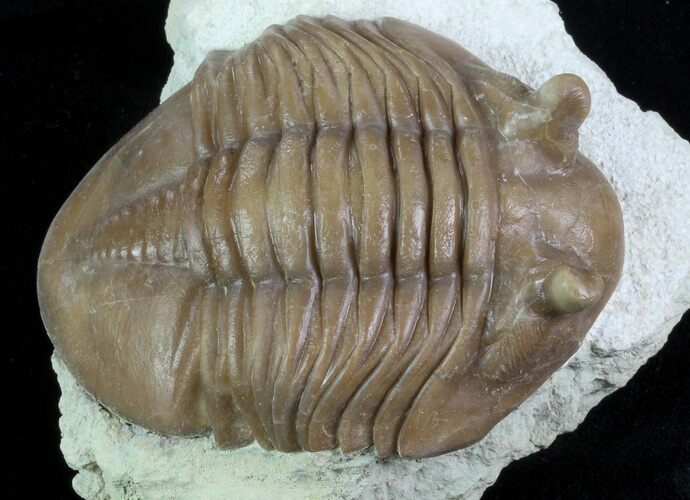 This is one of the harder to find Asaphid trilobites from the St. Peterburg region of Russia, Asaphus holmi . It's got some of the longer stalk eyes of the Asaphus, though not as long as Asaphus kowalewskii.

This particular specimen has no restoration which is quite unusual for Russian asaphid trilobites who's shell likes to flake off during collection. 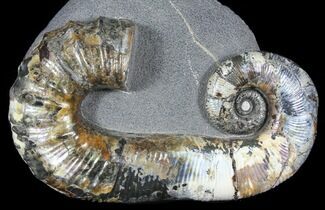