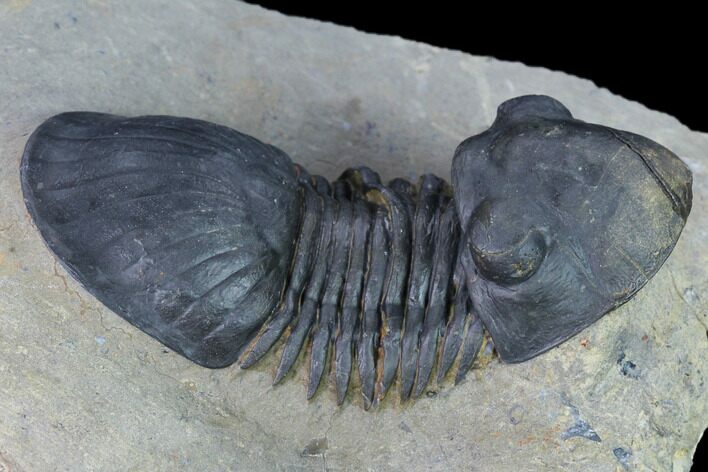 This is a detailed, 2.6" long Paralejurus trilobite collected from the Lhandar Formation in Morocco. You can see tiny eye facets in both eyes under magnification.