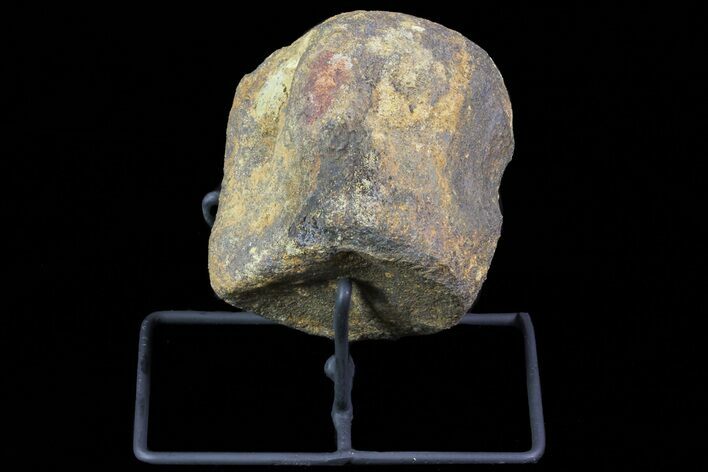 This is a 2.7" long, caudal vertebrae of a Hadrosaur (Maiasaura) collected recently from the Judith River Formation of Montana. It comes with a custom metal stand for display.