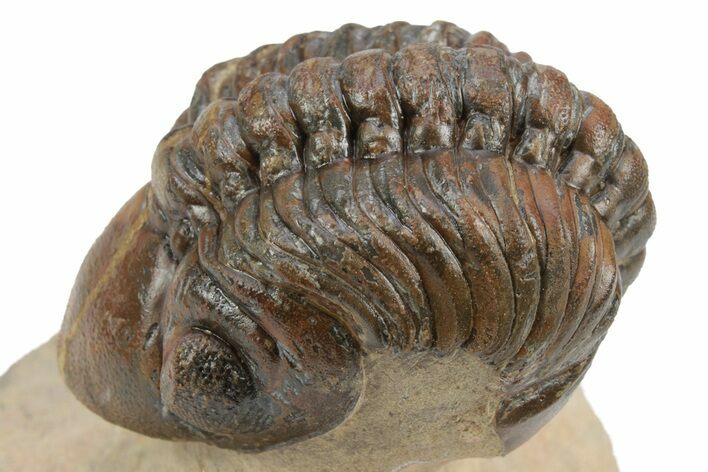 This is a 2.6" long, partially enrolled Reedops trilobite collected near Atchana, Morocco. It has a lot of surface detail including, visible, preserved eye facets. It has about 2-3% shell restoration on top of its axis.