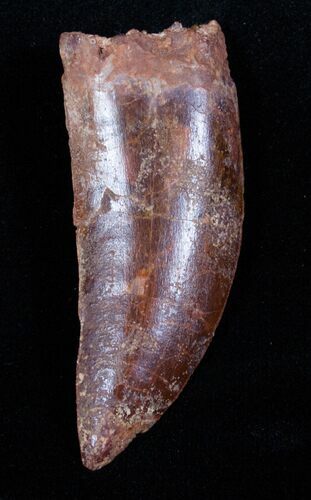 The tooth is 2.65 inches long in a straight-line measurement and has nice, dark red, enamel preservation. The serrations are a bit worn but present. There are two repairs, one near the tip and one about 1/3 of the way from the base of the tooth, but it's in much better condition than most. 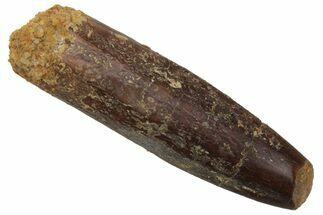 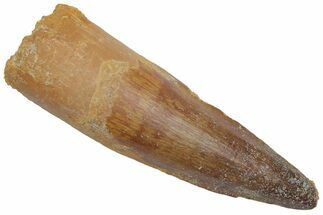 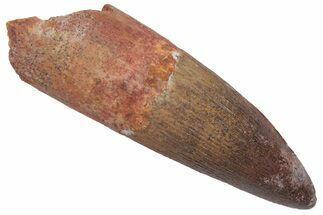