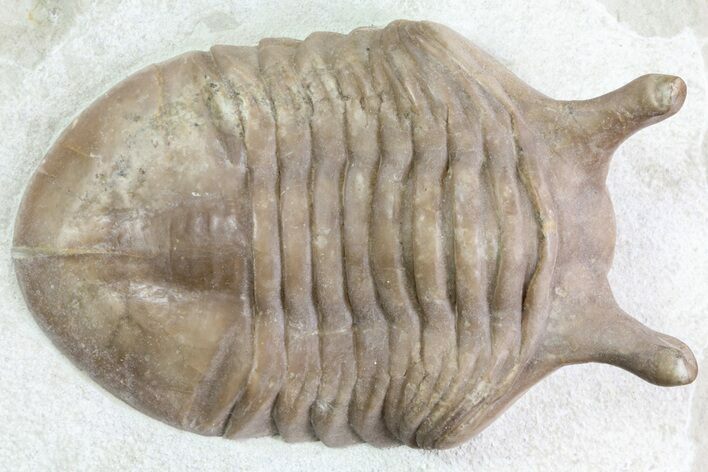 This is a large example of the stalked eyed trilobite Asaphus intermedius from the St. Petersburg region of Russia. This is one of the more uncommon Asaphus species from the area, is 2.7" long, and nicely presented in the middle of a limestone slab. There is about 5% shell restoration, primarily along repaired cracks and on the tail.