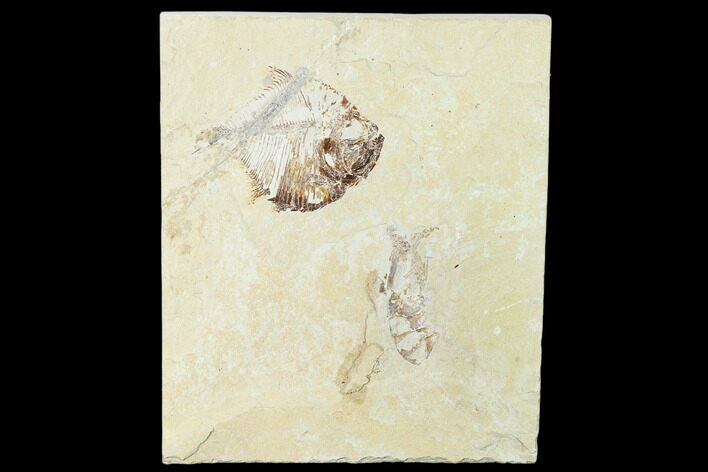 This is a 2.7" long fossil fish (Diplomystus birdi) from the Upper Cretaceous deposits near Hjoula, Lebanon. It is associated with a partial fossil shrimp (Carpopenaeus sp.). There is a repaired crack through the rock that runs through the fish fossil. Comes with an acrylic display stand.

A photo of one of the quarries at Hjoula, Lebanon
FOR SALE
$129
DETAILS
SPECIES
Diplomystus birdi & Carpopenaeus sp.
AGE
Upper Cretaceous (~94 Million Years) 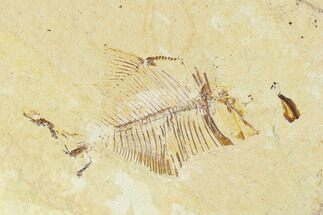