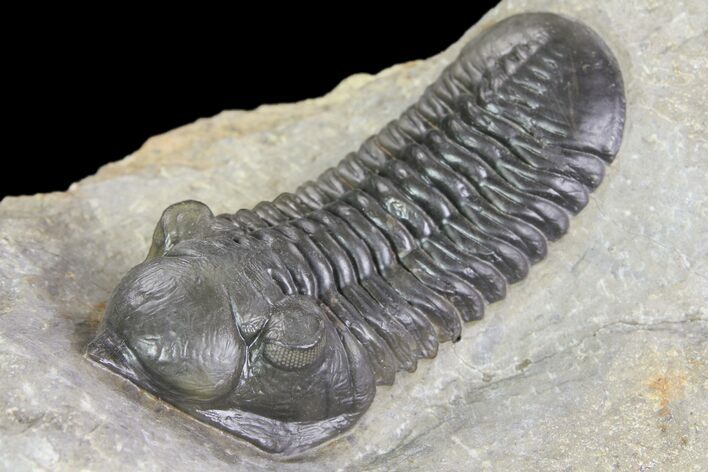 This is a 2.7" specimen of Morocconites malladoides quarried near Ofaten, Morocco. The genus has a distinctive pointed rostrum coming off the front of it's head. The rostrum is stunted in this specimen which is probably a pathology rather than a different type of Morocconites. Good preparation and clean eye facets in both eyes with no restoration.