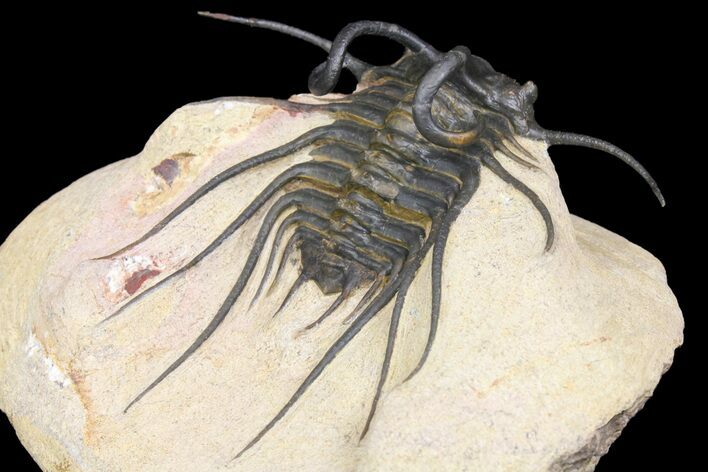 This is an excellent example with good preparation. The horns and genal spines have been prepared free standing. The only restoration appears to be some touchups to the shell, primarily on the head where the shell is particularly thin.