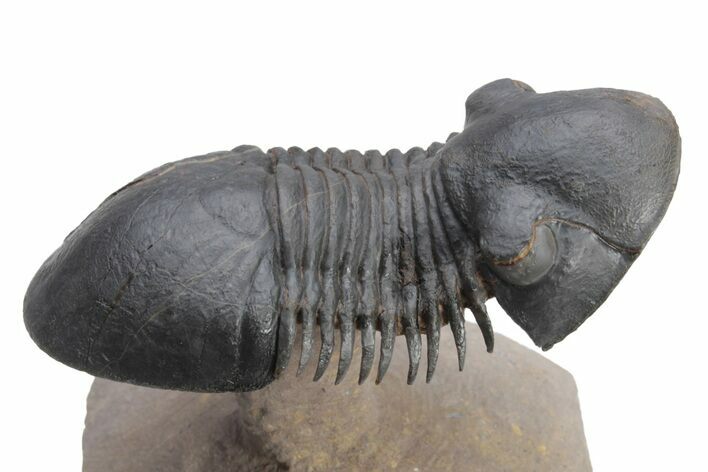 This is a chocolate brown, 2.8" long Paralejurus trilobite quarried at Atchana, Morocco. It has been prepared so that it flies above the limestone on a pillar of stone. Only about 1-2% shell restoration in total. A very impressive trilobite specimen.