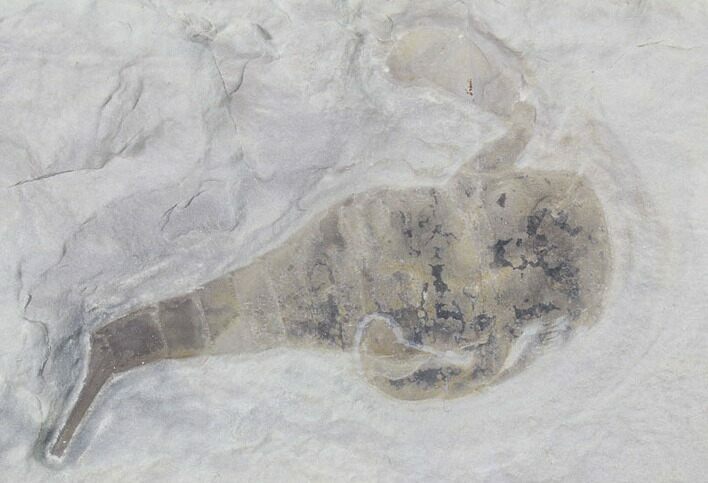 This is a 2.9" long Eurypterus remipes from Lang's Quarry in New York. Comes with an acrylic display stand.