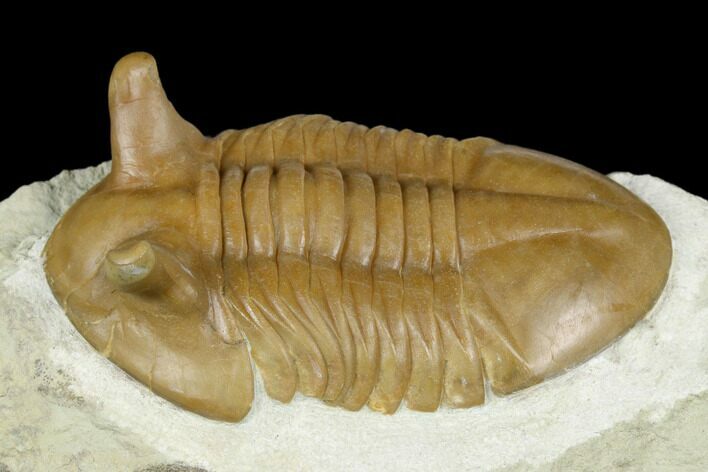 This is a beautifully preserved, 2.95" example of the stalked eyed trilobite Asaphus punctatus. It comes from the Gostlitsy Quarry in the St. Petersburg region of Russia. The shell preservation is particularly nice in this example with almost no restoration.