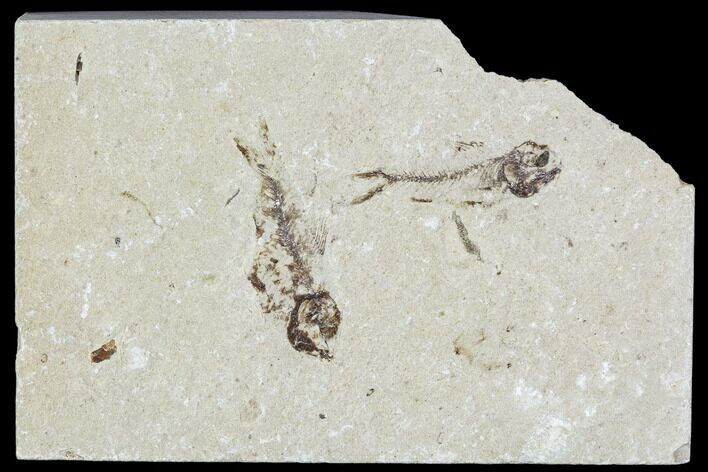 This is two unidentified fossil fish from the Upper Cretaceous marine deposits near Hakel, Lebanon. There are a number of species known from this deposit.