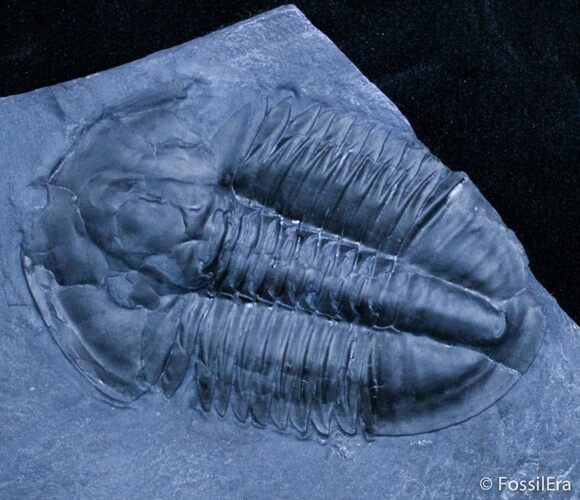 At 2 inches this is a fairly large Asaphiscus and it has both cheeks attached unlike most which are molds. It has a nice jet black shell and is very displayable. It comes from the famous Wheeler Shale of Utah.