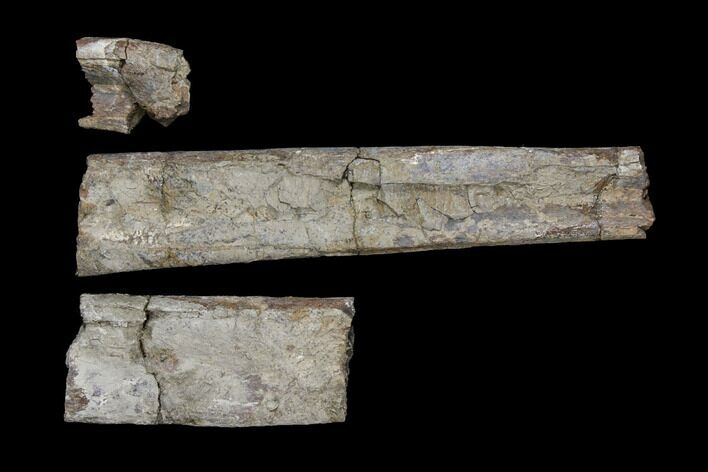 This is a 20.5" fossil Triceratops rib section, from the Hell Creek Formation near Bowman, North Dakota. It is in very raw condition. When it was removed from the ground it was wrapped in foil and has been there since that day. It has dried and has become somewhat unstable. This is a project for someone who enjoys or wants to try specimen preparation.