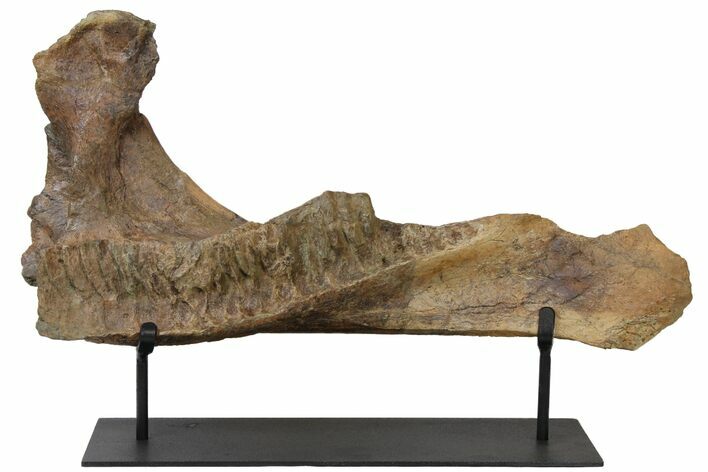 This is an impressive, 21.4" long mandible of a Triceratops horridus. It was collected from our partners' lease in the Hell Creek Formation near Bowman, North Dakota this past summer. This incredible specimen is the left mandible that extends from the ramus (lower/upper jaw joint) to just before the beak. It shows a number of anatomical features including fossa and the lingual attachment. There are no teeth in this specimen but portions of the sockets are present and visible. It comes with the pictured custom metal display stand.