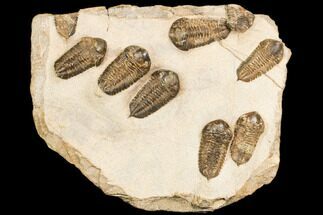 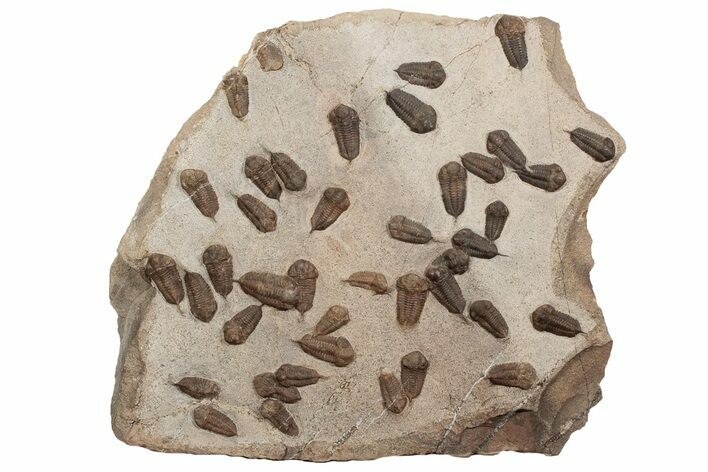 This is an impressive, 22 x 18.5" mortality plate of Sokhretia trilobites from Tisserdmine near Erfoud, Morocco. These appear to be the same species as Sokhretia solitaria described from Czechoslovakia. There are approximately 40 complete trilobites on the plate averaging over 2" in length. They are nicely inflated on a solid section of limestone which probably weighs about 50 lbs. This is a natural association, none of them are composited and I don't see any significant restoration.

It comes with a metal display stand or we can add a backing and wall mounting hardware upon request for a small additional fee.

Trilobites were a very diverse group of extinct marine arthropods. They first appeared in the fossil record in the Early Cambrian (521 million years ago) and went extinct during the Permian mass extinction (250 million years ago). They were one of the most successful of the early animals on our planet with over 25k currently described species, filling nearly every evolutionary niche. Due in large part to a hard exoskeleton (shell), they left an excellent fossil record.
More About Trilobites
SOLD
DETAILS
SPECIES
Sokhretia cf solitaria
AGE
Upper Ordovician 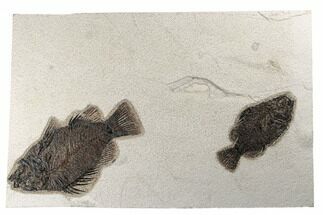 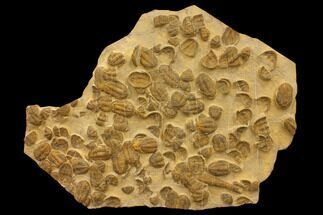