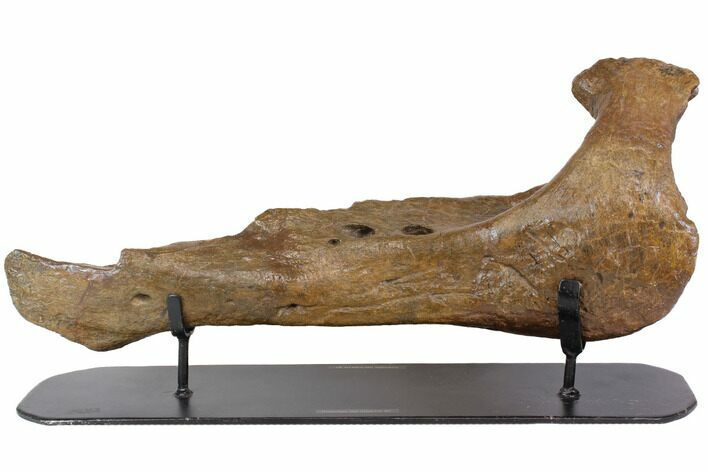 This is a massive, 23.7" mandible (lower jaw) section of a Triceratops, from the Hell Creek Formation, Montana. This incredible specimen is the left mandible from the ramus (lower/upper jaw joint) to just before the beak. It shows a number of anatomical features including fossa and the lingual attachment. There are no teeth in this specimen but portions of the sockets are present and visible. There are some repairs and crack fill restoration as you would would expect to see on most dinosaur bones, but nothing major.

On its custom metal stand, this is a very striking display.