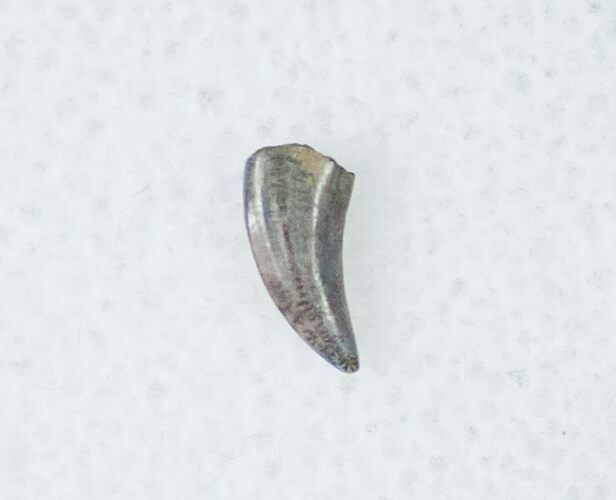 This tooth in particular is typical of Acheroraptor morphology. It is .25" long with beautiful enamel and slight feeding wear that has dulled the serrations. It comes in an acrylic display case. 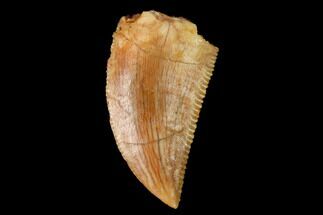 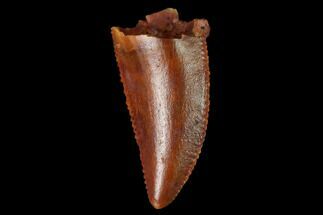