25" Plate Of Bones From Pregnant Ichthyosaur - With Babies Bones 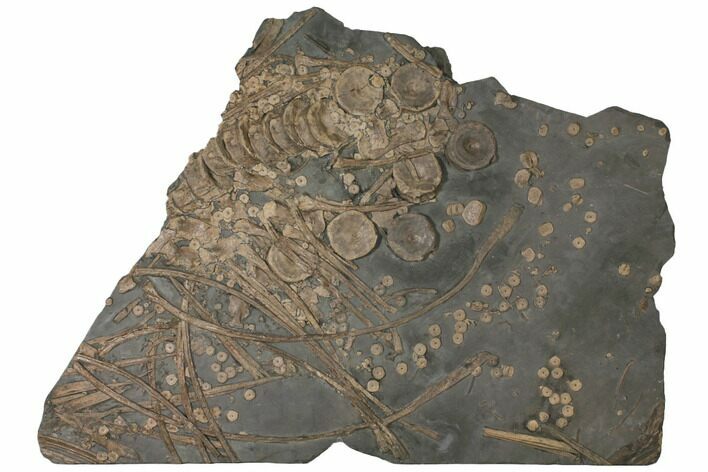 This is a very interesting specimen from the Posidonia Shale of Germany. It is a 25 x 18.2" plate of shale containing the fossilized remains of a pregnant Ichthyosaur (Leptopterigius quadrissicus). Ichthyosaurs are the oldest known animal to have given live birth. Among the large fossil vertebrae and ribs of the mother can be seen over a hundred tiny vertebrae of the babies she was carrying.