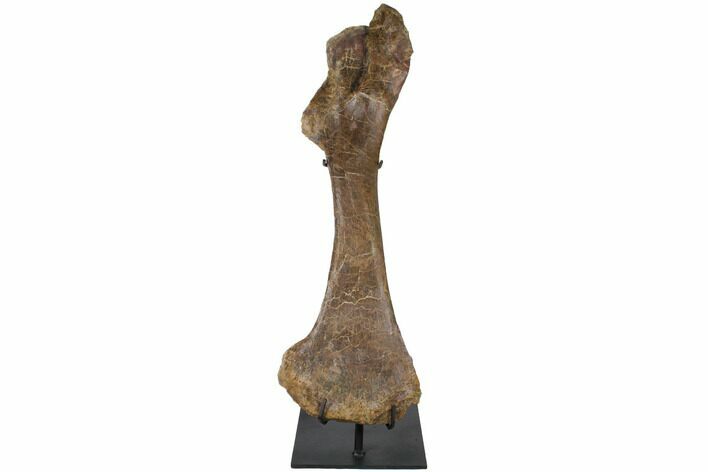 This is a 26.75" fossil Triceratops pubis bone from the Lance Creek Formation near Lance Creek, Wyoming, making it about 66 million years old. Overall, this bone is in great condition! The most significant restoration occurred at the proximal end of the bone where preservation wasn't the greatest, requiring gap fill where sections of the bone had crumbled or weren't recoverable. Restoration to the middle and distal ends of the bone are in the form of gap fill in small cracks where the bone fractured over time. Based on the structures of the hip articulation points, i believe this is a pubis bone from the left side (anatomically) of the Triceratops. It comes with the pictured custom metal display stand.

The pictures above show this pubis bone being collected from the Lance Creek Formation. It was found alongside a disarticulated Triceratops skull.