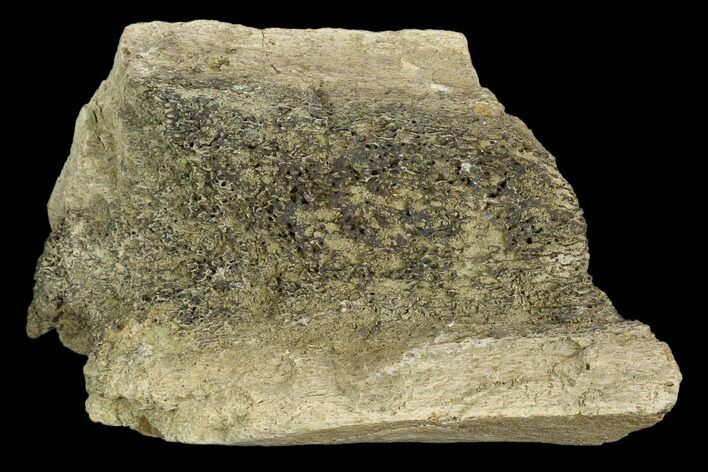 This is a 3.0", unidentified, fossil bone section, from the Hell Creek Formation near Bowman, North Dakota. This Is a section of compact (cortical) bone from a a long bone like a fibula or radius.