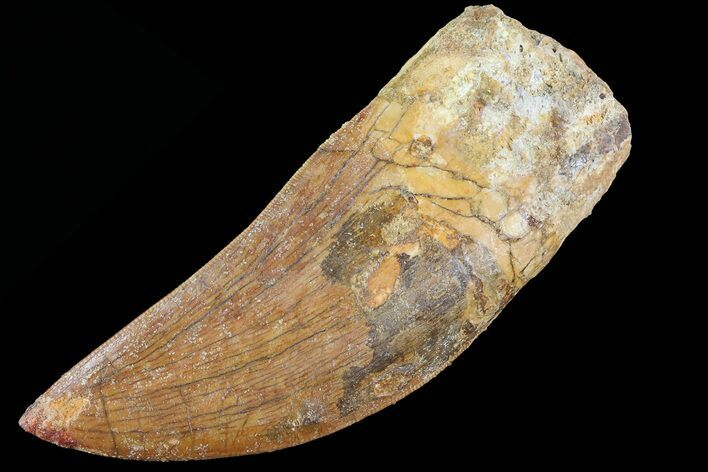 This is a thick, 3.08" long Carcharodontosaurus tooth from the from the Kem Kem Beds of Morocco. This massive theropod often gets compared to T-Rex but is actually thought to be larger.

This tooth is thick in cross section, so it probably would have been near the front of the jaw. The serrations are nearly all worn away but the enamel is in mostly good condition. A small amount of restoration to the tip of the tooth and some gap fill/stabalization in the base of it. 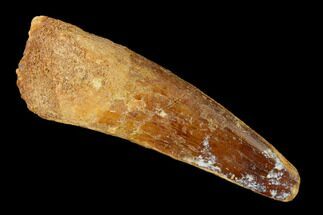