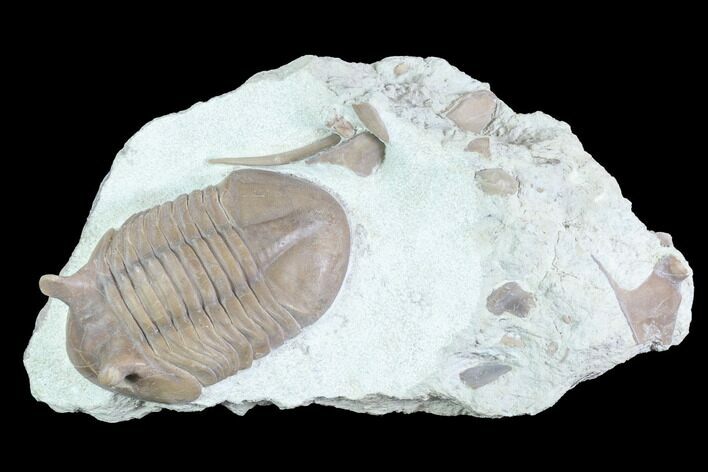 This is a good-sized, 3.1" example of the stalked eyed trilobite Asaphus punctatus. It comes from the Gostlitsy Quarry in the St. Petersburg region of Russia. There are fragments of a large Cheirurid trilobite scattered in the surrounding limestone.

Like nearly all of the Russian asaphid trilobites there is some shell restoration. Shell restoration is around 10% on this specimen, scattered in small patches where the shell probably flaked during collection.