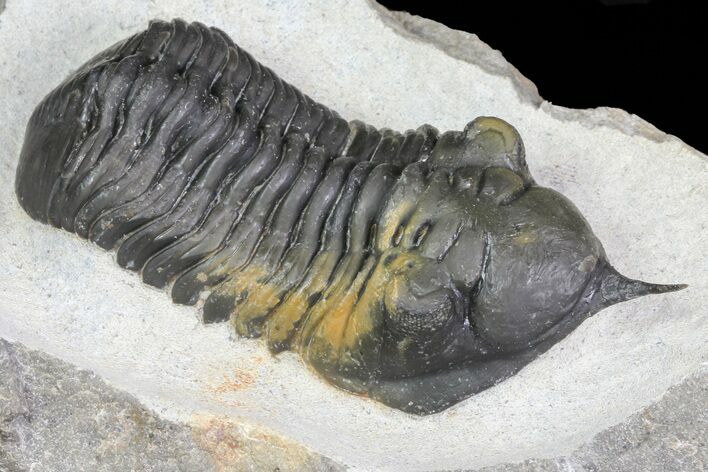 This is a nicely prepared specimen of Morocconites malladoides with excellent shell detail and clear eye facets. The specimen is 3.1" in length and very 3D. The brown shell coloration on the tail is tail is natural. There is no restoration on this specimen.