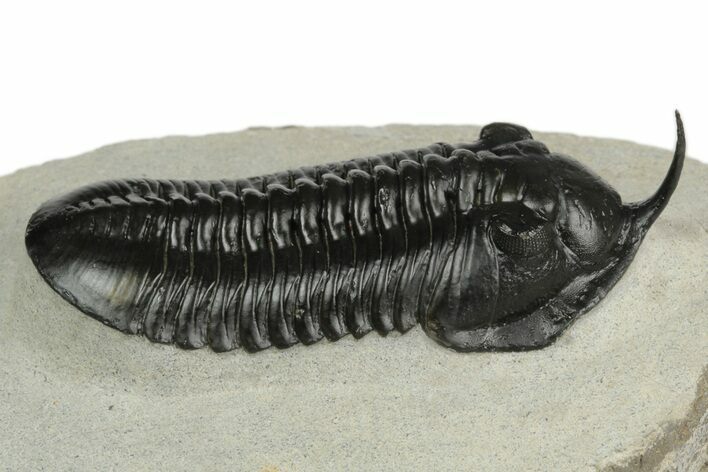 Here is a top quality, 3.1" long Morocconites malladoides quarried from the deposits near Ofaten, Morocco. This member of the Phacopida trilobites and has a very defining feature, a long pointed rostrum (snout) coming off of it's head. It's unclear what purpose this rostrum would have served, but it could have potentially been used to help it dig through the mud.

It is quite large for the species, laid out perfectly prone and with exceptional preparation.