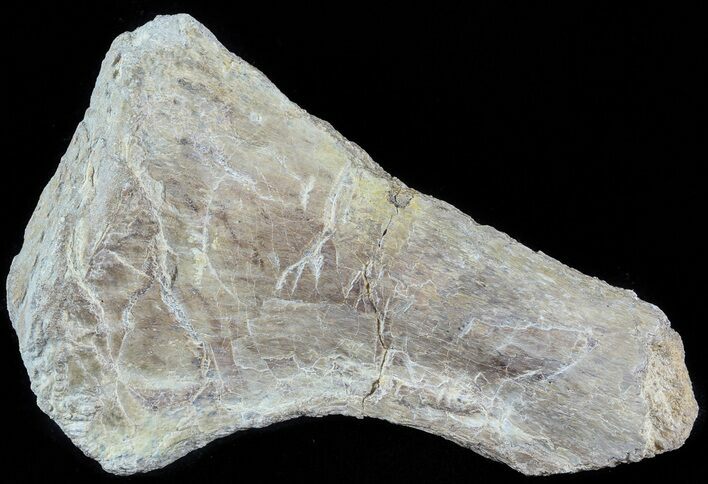 This is a 3.1 inch section of a Mosasaur (Platecarpus) rib section. This section of rib has several deep and well defined predatory marks from shark teeth gouging across the bone.

Platecarpus is an extinct aquatic lizard belonging to the mosasaur family. Fossils have been found in the United States as well as a possible specimen in Belgium and Africa. It reached lengths of up to 14 feet long, half of that length being it's tail. Platecarpus probably fed on fish, squid, and ammonites. Like other mosasaurs, it was initially thought to have swum in an eel-like fashion, although a recent study suggests that it swam more like modern sharks.


The Smoky Hill Chalk Member of the Niobrara Chalk formation is a Cretaceous conservation Lagerstätte, or fossil rich geological formation, known primarily for its exceptionally well-preserved marine reptiles. It outcrops in parts of northwest Kansas, its most famous localities for fossils, and in southeastern Nebraska. Large well-known fossils excavated from the Smoky Hill Chalk include marine reptiles such as plesiosaurs, large bony fish such as Xiphactinus, mosasaurs, flying reptiles or pterosaurs (namely Pteranodon), flightless marine birds such as Hesperornis, and turtles. Many of the most well-known specimens of the marine reptiles were collected by dinosaur hunter Charles H. Sternberg and his son George.
The genus attracted media attention in 2000, when a specimen unearthed in 1993 in South Dakota, United States, was interpreted as including a fossilized heart. There was much discussion over whether the remains were of a heart. Many scientists now doubt the identification of the object and the implications of such an identification.
SOLD
DETAILS
SPECIES
Platecarpus
AGE
Late Cretaceous (~66 Million Years) 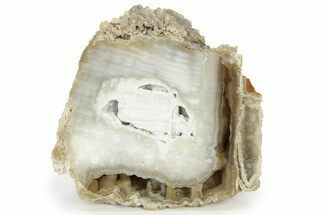 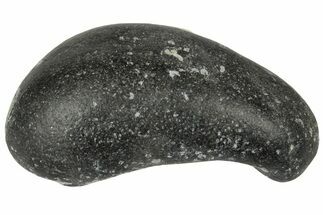