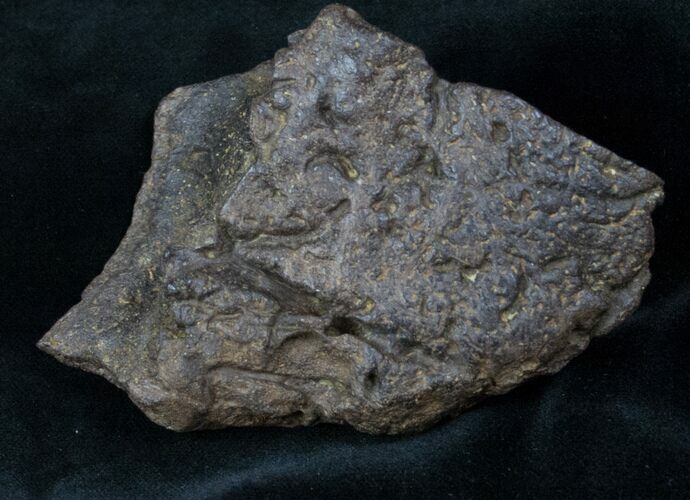 This is solid section of a Triceratops horridus head shield. It's 3.3x2.6" and the blood grooves can be seen covering the surface. It comes from the 66 million year old Hell Creek Formation of Carter County, Montana. It comes with a display stand.